The project aimed to test the effectiveness of VR-based training for forklift operation focusing on the transferability of the safety skills, knowledge and awareness.

It collected data from 30 participants with an average age of 21 and included a control group using traditional paper-based training as well as the VR participants.

The results showed the VR students outperformed the control group, particularly in the retention test and the final testing stages.

‘The outcomes of this study highlight the benefits of VR forklift training, some of the challenges users had, and led to considerations for future iterations of this software,’ Dr Szpak and Dr Ahn wrote in the final project report released this month.

A participant in the VR forklift training.

‘Implementing such training in educational institutions could attract young workers to acquire a forklift licence and benefit from the hands-on training that VR offers.

The Augusta Zadow Awards have been run by SafeWork SA since 2005 and provide grants from a $25,000 pool to help meet the costs of a work health and safety initiative.

Augusta Zadow was an advocate for women's rights in the workplace and became South Australia's 'First Lady Inspector of Factories' in 1895 to monitor working conditions for women and children. 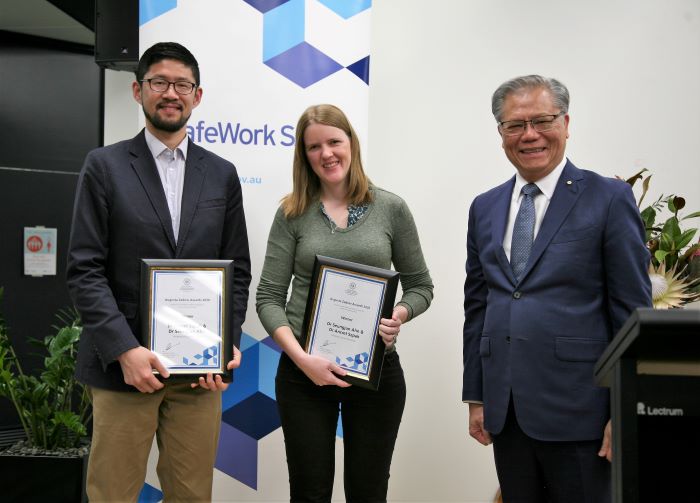 ‘Thanks to the generous support we received from SafeWork SA, we've had a chance to test the system out and show that our system is an effective tool for teaching forklift safety skills to young workers,’ she said.

Nominations for the 2022 Augusta Zadow Awards closed this month with 17 applications received from across South Australia.

The applications are being judged by a diverse assessment panel.

Winners will be announced at a Government House ceremony on 7 October 2022.